PUBG (Player Unknown’s Battleground) and Call of Duty are one of the most famous games winning millions of heart in India. The era has ended where gaming was only for entertainment, it has now prevailed as a great source of income for the Gamers or popularly known as Streamers. Some prevail tall over the rest. Let’s have a look at the Top 10 Gaming Influencers in India who have made it big on various platforms:

What is it Influencer Marketing in Gaming Industry about?

Who does Gaming Influencers benefit?

Gaming brands who want to sell or promote their products or service to a specific set of consumers say avid Gamers see Influencer Marketing as an Easy, Economical and Better. It’s easier to reach these audience through an Influencer/Gamer who is admired by the entire Gaming community.

Why should you do it?

On the other hand, brands have realized than Influencer Marketing is much more Budget-Friendly and Effective compared to advertised endorsements through celebrities who can charge up to 100x higher! and So it’s a win-win situation for the brands.

On a different note, according to the surveys and reports, the decision of a said group of consumers is affected more by Influencers rather than regular advertisements or promotion. The personal bond built between Gaming Influencers and their followers are what serve as a trust builder. The way Influencers build a relationship with their followers affects the follower’s decision of purchasing a particular brand’s product. Through these Gaming Influencers, the brands can reach the youth audience base which would have been difficult otherwise!

Becoming a Gaming Influencer on any Live Steaming Platforms isn’t that difficult anymore. What one needs is Time, Efforts and Patience. Starting from Zero Subscribers to reaching to a good number of followers, and afterwards connecting with Influencer Marketing Agencies in India will open your doors to good sponsorships and you can monetize your live streaming through it.

Gaming Influencers are experts in their niche and have a huge influence on their audience regarding purchase decisions or creating awareness. The relationship between Brands And Gaming Influencers of India can be mutually benefited. A good brand and Influencer is a mutually beneficial relationship. Streamers get recognition and prospect for future projects while Brands get sales and awareness within the gaming community and even onboard new following and customers.

Given the Billions of dollars in revenue that the Gaming Industry generates, the budgets for games have seen overshadowing blockbuster movies! Grand Theft Auto V has been named the most successful entertainment title ever.

According to a report from MarketWatch, the video game has sold a massive 90 million copies across all platforms since its release in 2013. It’s estimated that the game has made around $6 billion from a budget of just $265 million.

Considering the number of people consuming this type of entertainment and their demographic, marketers should engage early in Influencer Marketing, especially for the Gaming Industry considering the return on their investments. Engaging content, Huge audience who is religiously dedicated and a popular Influencer make a perfect customer base to showcase your new product.

How Influencer Marketing is changing the way Lifestyle Products are marketed, for the better!

The Subtle Art of Ranking First 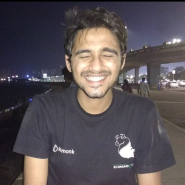 Top 10 Tech YouTubers in India and why you should follow them!

How to Plan a Successful Influencer Marketing Campaign?

How Influencer Marketing with Mom Bloggers can help increase sales?

How to Measure the ROI of Influencer Marketing?

Is a “one-off” influencer marketing campaign the right way to go?